DNA is in every living organism, in every cell, inside the cell's nucleus. It has to be really small to fit in there, right? Yet If we took a single molecule of DNA, untangled it and extended it, it would be about 2 meters long. How come?

To answer this question, last class we talked about DNA "packaging," DNA's trick for fitting inside a cell. We learned that DNA can be very compact, coiled tightly around proteins, forming chromosomes. We even sorted and assembled a set of human chromosomes (paper chromosomes, that is.)​ 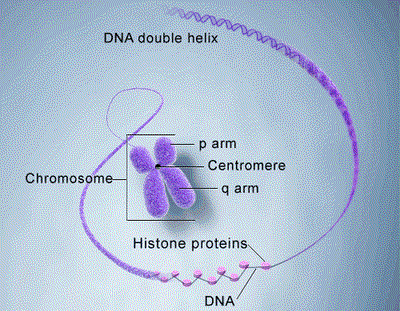 ​ This set belongs to a girl: look for pair 23, the sex chromosomes (XX in this case) at the bottom right:

We also talked about genes--specific sections of DNA--and the different "versions" of genes that we can inherit from our parents. We watched a short video (a pretty boring one) that explained variations in characters such as type of thumb. Do you have a straight thumb or a hitchhiker's thumb?

Well, whatever thumb you ended up with, you owe it to your parents, and in most cases, you can even tell to which one. And that's because the type of thumb is one of the few traits that is determined by a single gene. To be honest, it's a little bit more complicated than that, but we can leave it there for now.

The video about traits was informative but the voice of the narrator was, we all agreed, awful! It was good to see that not all that's found online is good. Far from it!

And finally, we also revisited our script. The girls are refining their ideas, working on their storyboards.

I'm showing them small so you can't read much.

This script is in the works!

Oh. And something else! It was raining and the girls couldn't play outside so we decided to watch a movie (well, a short bit of a movie): A cat in Paris (http://www.catinparis.com/). It's a French animation, with gorgeous illustrations, beautiful music, and a great story. If you haven't seen it, I highly recommend it. It doubled as relaxing entertainment before starting work, and also allowed our Ballerina in black to study a burglar in action.

Next time we'll be hard work: we'll add the science explanations to the movie script. (Yes, this is a science after school program, after all!)